Welcome to my Xiberia E2 Gaming Stereo Headphones review. A while back I reviewed the Xiberia T19 surround sound gaming headset since then I have used two other Xiberia headsets, the E1 and now the E2. In comparison to the T19’s the E1 and E2 are both budget headsets. The E2 is by far the cheapest of the three but actually seems like the most stylish out of it and the E1. 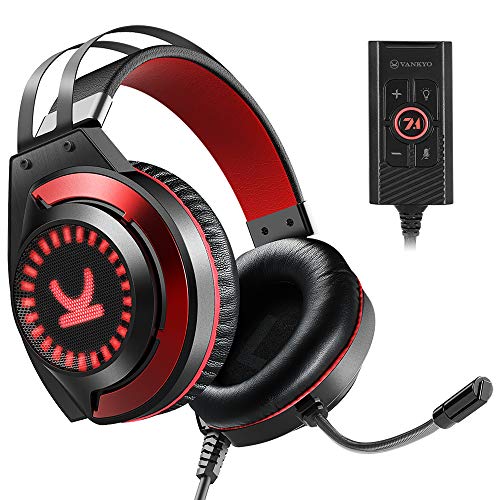 I have to admit that I’m very surprised by the build quality of this headset. I usually find that headsets as cheap as this often have a cheap plastic feeling to them, but the E2’s don’t despite the fact the primary material used is plastic. There are some parts I don’t like though such as the plastic strip that the headband sits on. The strip allows the headband to automatically adjusts to many sizes of head which is a good thing, but despite the fact its flexible plastic it does actually flex to a point of pressure where it could snap  after a lot of use, this makes me wonder how long this headset is going to last.

There are some parts I don’t like though such as the plastic strip that the headband sits on. The strip allows the headband to automatically adjusts to many sizes of head which is a good thing, but despite the fact its flexible plastic it does actually flex to a point of pressure where it could snap  after a lot of use, this makes me wonder how long this headset is going to last.

The headband itself is also just a thin layer of faux leather essentially which means it’s not as comfortable as I would have liked, however, the padding around the earcups is sufficient enough to ensure that the ears remain comfortable.

I really do like the fact that the microphone isn’t a simple up and down only microphone. It’s one that can move up, down, left and right thanks to its flexible body. This means it can be positioned closer to the mouth, which is great for quiet speakers like myself, or even people who are the opposite and speak too loudly.

The cable is also quite a pleasing point of this headsets. Instead of just a normal rubber cable, this is a thick rubber cable that consists of a see-through outer cable complete with a diamond pattern on it. The cable has three connections on the end, one is a USB connector for powering the LED lights, one is a microphone jack and the last one is the 3.5mm audio jack. The cable is 2.2 meters long which is okay if your PC is on the desk, but unfortunately for me, my PC is under the desk. This means I don’t get very much slack cable for free movement and have to have my chair right up to the desk to use them.

The LED system consists of only the color red, there no options to change color or even mode. If you want to turn the LED lights off you simply need to unplug the USB cable. The LED’s do look good but can get a bit boring after a while.

The audio quality of these is ok, it’s not the best but for the money, it’s rather decent. The volume is ok but not as loud as I’d like. The audio itself is clear, while bass is set at an ok level. In games, I can hear what I need to hear. Stuff like people sneaking up on me and such. Surround sound headsets are better for gaming, but at this p[rice point it’s no surprise for these to be missing that feature.

The microphone also works really well and I have had no issues talking to people through game and Skye. My voice comes across loud and clear so everyone can hear me well.

There are obviously much better gaming headsets out there, but for the price, the E2’s are quite good. They feel well made and work really well. The output good quality sound and have a brilliant microphone.