Ever since I first read about Xiaomi, I have had an interest in their devices. Unfortunately, I have never owned one, well up until now as I have got hold of the Redmi 4A. Thanks to my friends at Gearbest, the online retailer that allows consumers to buy tech they may not find in their own country, I have got my hands on the Xiaomi Redmi 4A, which is the latest budget phone from the Chinese company. Normally Chinese budget phones are a bit well horrible in all honesty, but can the 4A show us a different side to the Chinese budget phone market? Having only been released in November 2016, the phone is still very young at the time of this review.

For a phone that cost less than £100, the Xiaomi Redmi 4A looks stunning, particularly around the back. The back looks so nice that you would be forgiven for thinking that it’s made from metal if simply looking at the phone. Instead, the rear case is actually made from plastic, which I didn’t know until I actually picked the phone up for the first time.

At the bottom of the rear cover is a loud-speaker and just above that is a shiny silver Mi branding badge that again just adds to the premium look of this budget mobile device. At the top of the rear case of the Xiaomi Redmi 4A are the camera and the flash.

The top of the Xiaomi Redmi 4A is home to a 3.5mm audio jack that is located on the left side, a small infra-red blaster and a noise canceling microphone. The bottom is home to a MicroUSB port for charging and data transfer purposes. Also, present on the bottom is another microphone.

The front of the phone does ruin the premium look just a tiny bit as it makes use of bezels at the side of the screen. Of course, there are also bezels at the top and the bottom of the screen, but these are used for housing things such as sensors, the earpiece, and the front facing camera which are all located on the top bezel, while the bottom is home to three touch sensitive navigation buttons (Sorry folks no touch screen nav buttons here).

All of this makes a lovely looking phone, but admittedly, I can’t help but see similarities in the design to iPhone’s, which in all honesty isn’t a huge bother, because the only thing I love about iPhones is their gorgeous designs.

Redmi 4A specifications and user interface

Under the hood of the 4A are some rather decent components considering the price of this phone is less than the £99 I spent on an 8GB Moto G3 last summer, which in terms of specifications is ok but nothing in comparison to the 4A. The Redmi 4A comes packing a Snapdragon 425 SOC (System on a Chip) which consists of a quad-core 1.4GHz processor, an Adreno 308 GPU and 2GB ram. This paired along with 16GB of onboard storage, of which under 12GB is user accessible. This storage can be expanded by using a MicroSD card up to 256GB in size.

Thanks to the excellent mid-range specifications the Xiaomi Redmi 4A is an excellent device for playing most games, although a few high-end games did play but with a bit of struggle in the form of stuttering. I have been able to play games like Lego, GTA: San Andreas and of course Candy Crush with no problems. I did attempt Pokemon Go but was unable to download it as for some reason it’s not compatible and I personally don’t like downloading APK from other sites.

Powering the phone is a 3030mAh battery, which is actually better than I expected. I can get 5 to 6 hours of screen time on a normal days use. While I am able to get at least three days of standby time.

The 4A is running a heavily forked version of Android 6.0.1 (Marshmellow). The OS is typically known as MiUi, which is Xiaomi’s own in-house project, that can be installed on most Android phones but comes already installed on Xiaomi’s phones. The 4A comes loaded with the latest MiUi known as MiUi 8.

For the most part, MiUi 8 on the 4A looks great and works well. It looks clean and in comparison to other OEM skins it actually comes pre-loaded with a few options for customization such as themes. There’s quite a lot I actually like about MiUi 8 and that’s coming from someone who prefers stock Android over skinned Android. It looks good, works well and is just so smooth. I don’t like that it doesn’t have a dedicated application drawer instead the applications are spread across the home screen.

The screen here is a pretty basic 720p panel that is neither great nor awful, it’s simply good and works as you would expect, but doesn’t have any of the thrills of higher resolution panels. It produces good enough clarity, colors and contrast. With around 400 nits of brightness, the screen is bright enough but is hard to view in direct sunlight. For the most part though I am rather impressed by it and even think it’s better than the 720p panel on my Moto G3.

You may be wondering if a phone from China will work elsewhere, well the answer is yes it will. I am using mine on the O2 network in the U.K which only uses the 800MHz band for 4G connectivity. Unfortunately, this means I don’t get to use 4G speed as this band isn’t supported by the 4A, although other 4G bands are, so if you have Vodafone, Three or EE you will be able to make full use of the 4G here. I do find that 3G signal is decent and that the 4A loads web pages and internet based application at a decent speed through the 3G.

Of course, there is also WiFi, Bluetooth, GPS and even an IR blaster on the top. So in terms of connectivity, the 4A has you covered for most circumstances.

The 4A is packing a 13mp rear shooter and a 5mp front facing shooter. When it comes to taking photos in bright situations the camera takes good enough photos, that aren’t majorly detailed, but detailed enough for a budget device. In low light situations, the rear camera doesn’t take very good photos even with the flash in use.

If you’re a selfie maniac, then the front camera should be good enough for you, but this is probably the only thing it’s good for. The photos produced aren’t that good and even using it for video calls yielded some horrible live footage.

Recording videos at 1080p is something this camera does well, although it’s not the best you can get, but at this price, it is one of the best options there is if you are looking to record precious moments or just funny things happening.

It wasn’t too long ago that budget smartphone meant something with horrendous specifications, terrible performance and a hideous design, but all that changed and now budget smartphones are really starting to move away from that image. The Xiaomi 4A is one such device that shows how far OEM’s and budget technology have come since those days. It combines decent specification with a gorgeous design but at a low price point, which at the time of this review is £77.76, although with a none sale price it’s usually around £90, which is still a brilliant price. The Redmi 4A represents value for money while still feeling like it should cost a lot more.

Massive thanks to Gearbest for sending me the Redmi 4A to review. If you want to check it out some more before buying, then check out the listing over here. 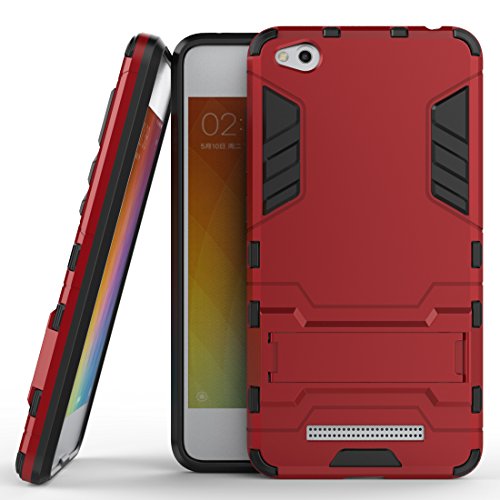