Welcome to my Water Asleep Ultra Portable Bluetooth Speaker review. This is a small affordable entry level Bluetooth speaker that surprisingly packs some nice bonus features considering its price. It has Bluetooth as expected and an AUX in connector (USB port in this case), but the bonuses are the inclusion of a MicroSD slot, A USB port, an FM tuner and lastly the limited but still rather cool light show. 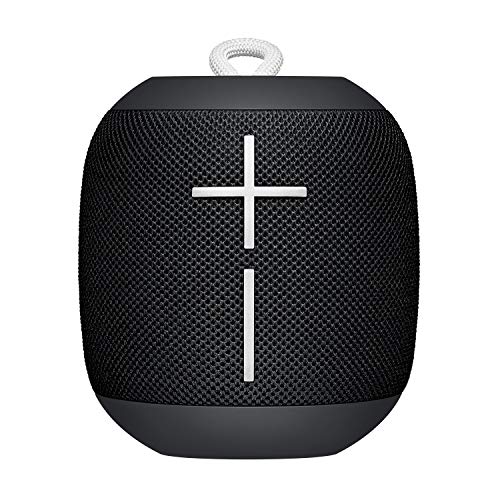 I must admit in terms of design the speaker is a little dull, particularly when it’s turned off. It has a sort of beehive shape that doesn’t offer much to the imagination. it has a round plastic base that is colored in black and is home to the various ports and the power switch as well as a single button that controls the Bluetooth mode, switches between the various modes, adjusts the volume and skips tracks. This button takes a while to get used to and to be honest separate buttons would have been much nicer and much more convenient.

The whole top part of the speaker has a see through casing, this is for the built-in light system, which glows in several different colors. Unfortunately, there are no user-selectable modes or even an option to have the light beat in time to the music, instead it’s just one setting that can’t be changed. None the less it’s still a nice feature, although having a bit of control over it would have been nice.

The speaker has a built-in rechargeable battery that actually lasts roughly between 3 to 6 hours, depending on factors such as volume and mode used. I can get roughly 6 hours on a low volume in Bluetooth mode at a low volume I get around four hours. The battery could be a bit better in my opinion, even with the LED it should at least get between 4 to 8 hours instead just to bring it up to standard with most other budget speakers.

Setting this up with my phone for the first time was a very easy task that took me about 30 seconds. It’s the standard protocol for connecting two devices via Bluetooth. Of course, if you haven’t done this before the manual does include clear instructions on how to do it. The connection quality is really quite good so long as the speaker and Bluetooth device are within 3 meters of each other.

The audio quality isn’t the best and at times music played can sound slightly tinny, for the price it’s ok, although I do have cheaper speakers that sound better overall. That said though, despite the tinny sound, the audio does come out clearly, the bass is at an ok level, but don’t expect it to blow your socks off.

I found that the audio is pretty much the same quality across each mode, which does suggest it’s more likely the design of the speaker and not hte device connected to it, that gives it a slight tinny noise.

This is a neat little feature-packed Bluetooth speaker that while not the best sounding or the best looking, is still worth the low price it’s being sold for. The light show feature is good but I do feel it would be better with more modes.