Welcome to my Silicon Power Elite 32GB MicroSDXC UHS-1 Class 10 Card review. With the portable technology, we carry around in out pockets every day becoming more and more advance the memory in some devices becomes full from the get go with the likes of the O.S and other essentials. This means that on devices with 16Gb of built-in storage you usually end up with something like 10GB of space left for the user. This space can become very quickly taken up by the likes of media and applications. So for most phones, a memory card is essential. For my review, I am going to focus on the memory card being set up as adaptable storage on my 8GB Moto G3.

Listed below are bestselling Silicon Power Elite which satisfy both affordability and quality.

In case you’re not sure what adaptable storage is, it was introduced in Android 6.0 and while not every OEM has opted to include it in their 6.0 builds, some have such as Motorola with the G3. It basically takes your memory card and adopts it as the name implies, this means the memory card practically becomes part of the phones built-in memory and combines itself with your phone’s flash memory. This enables you to not only store media on your card but also applications, although do be warned a memory card isn’t as fast as flash memory and depending on the class of memory card used you could find yourself with a very ill-performing device. Luckily this SP SDcard is UHS-1 class 10. These are what you need to look out for if you want to maintain a decent level of performance.

Once this process is done you will not be able to put your memory card in any other device as it will be setup to that phone only nothing else will be able to read it. the process can be reversed so that the card can be used as external storage again, however, just like before the card will be reformatted so backing up is essential.

Before I got this card I was using a low-class memory card as adoptable storage, this was indeed a huge mistake and often got me very frustrated as my phone would freeze up and applications wouldn’t perform very well at all. So when this card arrived I was at first a bit reluctant thanks to my previous bad experience but after looking around online I found that UHS-1 class 10 cards are perfect for adoptable storage, so ultimately this forced me to try this card out as adoptable storage. So I formatted it from the phones prompt menu and left it to clear the card which took about 10 minutes despite the card being empty. Once this was done I did become a bit nervous as my phone told me that the card wasn’t fast enough and that performance could be affected. Of course, after my first card had a major effect on performance this made me nervous again, but I trotted on and surprisingly the warning message hadn’t come true at all. The memory card works like a charm in this mode. I have several media files and applications on this memory card and the only thing I have noticed is an extra few seconds of loading screen time, which is to be expected as memory cards aren’t as fast as flash memory.

To check the claims that this card could do up to 85MB/s of read speed, I installed an application called A1 SD bench from the Google Play store. Since I am using this as adoptable storage I had to test the ‘internal storage’ of the phone, but in this case that consists of the memory card. The test took a few minutes but the results were good, although at first I was shocked as the read speed is only 20.16MB/s and write speed is 4.18 MB/s. I did a bit of research and found this to be about right so I have no doubts now about the speed of the memory card.

This is a brilliant memory card for adoptable storage reasons and if it’s ok for that, then it will be ok for external use as well. It performs well and applications seem to work quite well from it.

I received this product for free in return for my honest and unbiased review. This has had no effect on my overall opinion of the product Silicon Power Elite. 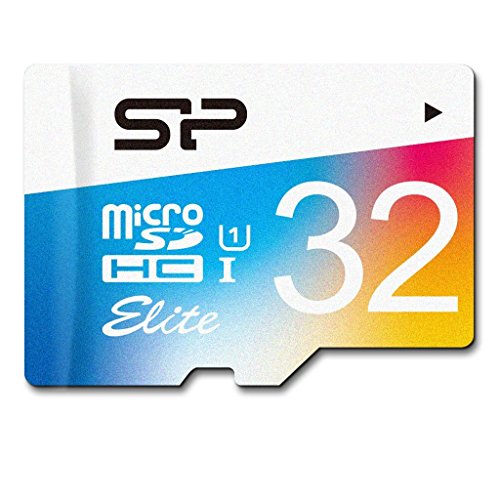