Welcome to my Huawei P9 review. Huawei, the name may be familiar to some and unfamiliar to others. For me my first encounter with a Huawei product, was when I had Talk-Talk broadband a good few years ago. The router supplied was made by this Chinese company. Now even though I knew of the name, I wasn’t until now aware they even made smartphones. The P9 isn’t their first smartphone, but it’s the first one I have ever used. Surprisingly it has a feature that not many phones have or have ever had. The last major phone I knew to have this feature was the HTC One M8. The feature I am of course talking about is dual rear cameras, and these aren’t just any old camera optics that are often massed produced and slapped in phones, no !!! These optics are produced by a well known German camera manufacturer known as Leica. This partnership instantly sets the Huawei P9 away from smartphones made by Samsung, HTC, and Apple.

Listed below are bestselling Huawei P9 review which satisfy both affordability and quality.

The P9 is a flagship phone and this means it has to have top of the range specifications to not only get it through any tasks you throw at it but to also help justify the price. The P9 has the perfect combination of specifications to ensure it does both of these.

The SOC (System on a chip) in the P9 isn’t made by familiar names like Qualcomm or Intel, instead, it’s produced in-house by Huawei themselves. This did ring a few bells with me at first as some OEMs who take on producing their own SOC’s don’t always do such a good job, but in this case, Huawei seems to have nailed it. The P9 uses a HiSilicon Kirin 955 SOC that consists of a Quad-core 2.5GHz Cortex -A72 processor and a Quad-core 1.8GHz Cortex-A53 processor. This means the P9 basically has an Octa-core processor. Another part of this SOC is the Mali-T880 MP4 GPU. This SOC is paired with a very good 3GB of ram which gives this phone even more of an edge.

This specification sheet has really paid off as the P9 is fluent and smooth during operation. I have had the phone for over a week now and have had no real issues apart from the odd stuttering, which I put down more to the U.I which I’ll talk about later.

Playing games on the P9 doesn’t slow it down either. I was able to play games with no issues. I was most impressed by just how gorgeous games look on the P9’s 1080P display. I tried a few graphic intense games on this and wasn’t disappointed at all. One of those games was EA’s Real Racing 3 which has some gorgeous graphics. This game ran flawlessly, with no problems at all.

The P9 currently runs Android 6.0 with the Emotion U.I. The Emotion U.I is Huawei’s custom skin built on to the top of Android. Admittedly I am not a fan of the Emotion U.I, it’s far too heavy, it practically covers over every aspect of Android, so much so that it’s really hard to tell what version of Android the P9 runs without going to the settings menu. The only real recognizable part of Android within the U.I is the set of softkeys at the bottom which use the triangle, circle, and square-shaped navigation buttons seen on many vanilla Android devices.

The version of the phone I am using is the Vodafone version, which is of course locked to the Vodafone network. Vodafone just like other carriers does install their own applications onto their network locked phones. I must say though I am impressed with Vodafone here as they haven’t filled the phone with applications you may never use. Instead, the only two Vodafone applications pre-installed on this P9 are the ‘Start’ application and the ‘Accessories’ application.

Of course being an Android phone with full access to Google services means this phone has access to millions of applications including ebooks, movies/T.V shows, useful applications, music and games.

The design of this phone is gorgeous. It does have an iPhone-esque look to it but it’s not too similar. It does have a similar silver chrome trimming running around the edges of the phone and the ports and speaker on the bottom are located in the same area as well as having a very similar look. As far as similarities are concerned these are the only major ones I have noticed.

The true technical beauty of the P9’s design lives on the back, as that is where you expect to find a rear view camera lens or in this case two rear view camera lenses. Also present is a dual-LED flash and a fingerprint scanner which can be used for unlocking the phone.

Down the left-hand side of the phone is a removable Nano sim/MicroSD card tray. Just like iPhones or recent Samsung phones, the sim tray is removed using a small pin.

The front of the phone houses the front-facing 8 megapixel camera, the earpiece speaker, an LED light tucked behind the speaker, various sensors and of course the 5.2 inch 1080p IPS-NEO LCD Capacitive touchscreen. The front of the phone has a glossy finish to it, which admittedly makes it a fingerprint magnet. This is a shame as the finish does look really nice, pre fingerprints of course.

The P9 packs a large 3400mAh Li-Ion battery. This battery is built-in to the phone and is, therefore, unremovable, which means replacing it in the future would be a case of opening the phone and you know as they say ‘Aint nobody got time fo Dat’. That issue out of the way, I am neither irritated or pleased with the P9’s battery life. It’s not good, it’s not bad but it’s simply what I’m used to from other phones of 2016 that I have used. With moderate use which included a few phone calls, a bit of emailing, some texting, Facebook browsing and a bit of gaming I was able to get a day and a bit out of a full charge. With a full day of heavy use which included all the above from moderate use plus watching videos, playing music through Youtube, taking photos, exploring the web and heavy gaming sessions, the one lasted me roughly about 7 hours. So again the battery acted as I expected it to in the first place. Not, good, not bad but just right for a flagship phone of 2016.

Being the main selling point of the P9 the camera on this phone has to be somewhat decent at best. The dual camera setup has been tried before by the likes of HTC, but they didn’t do a marvelous job. So how does the P9 fair in this respect ? Well, Huawei has partnered with Leica, a German camera and camera optics manufacturer with many years experience in the field. Such partnerships are quite rare in the smartphone world, so this is a big thing, especially for Huawei, who isn’t one of the top three smartphone manufacturers. Now I’m not a huge smartphone camera user, I probably tend to use the camera for photos of my son and that’s about it, so to me

The two camera lenses have different spectrums. One is a monochrome camera that takes photos in black and white and the other is the RGB camera for capturing photos in color. The monochrome lens can be used on its own, but it can also be combined with the RGB lens to create images with more details and deeper colours.

Now I’m not a huge smartphone camera user, I probably tend to use the camera for photos of my son and that’s about it. Obviously for the purpose of reviewing I have had to take photos of other things.

There are a few issues with this setup of course. For example, the pixels in both sensors only measure 1.25um in comparison to the Galaxy S7’s 1.4um sensor. This means that in low light situations the P9 isn’t as good as the Galaxy S7 at capturing photos. The larger the pixels, the more light is captured.

Also not present on this phone is OIS (Optical image stabilisation). This means the phone does suffer from camera shake. It’s unfortunate OIS wasn’t included, especially with a camera setup as advanced as this one.

So does this partnership with Leica pay off for the P9? The answer is yes it does. Photos taken outside look stunning. They are vibrant with each colour produced nicely. The monochrome sensor really does add a wow factor to the camera experience as it gives photos a more professional and profound look that other camera phones simply can’t get. Using the monochrome lens to take black and white photos also yielded some fantastic results, with the photos looking stunning in black and white.

Low light photos weren’t the best I have seen, neither were they the worst. The photos still come out looking great, but they lack some of the color found in the photos taken outside. It get’s worse with flash enables though as photos come out with a slight blur to them.

The Huawei P9 is a brilliant flagship phone. It’s fast, fluent and has a camera that’s great in most situations. The partnership with Leica has really paid off. The design is gorgeous and gives hte phone the true premium feel it deserves without over doing it. There are a few issues such low light camera issues and the horrible Emotion User Interface, which isn’t hard to use by any means, it’s just too heavy in my opinion. 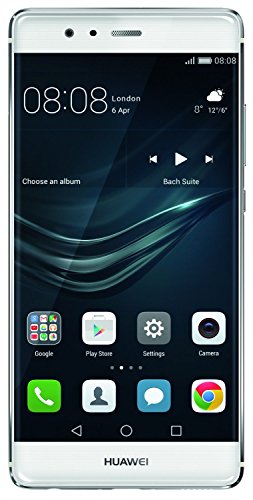